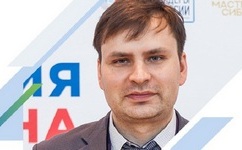 A 34-year-old VSU graduate, Alexei Lysov, was appointed a representative of the Governor and the Government of the Vologda Oblast for interaction with federal authorities in Moscow, reports “IA Ranpress”.

Alexei Lysov was born on February 23, 1985 in Vologda. In 2002 he finished high school № 11, and then enrolled at the Department of Economics of the Vologda State University. After graduation, he began working as economist. Soon he was promoted to the Deputy General Director for development of JSC “Directorate for construction and maintenance of public roads” in the Vologda Oblast.

In 2018 Alexei Lysov became the winner of the All-Russian competition of managers “Leaders of Russia” and on March 12, Prime Minister of the Russian Federation Dmitry Medvedev appointed him as a chief adviser of the Presidential Office for internal policy.

On December 27, 2019, Alexei Lysov took up the post in the Government of the Vologda Oblast, which remained vacant from the moment when in May 2018 Alexey Makarovskiy the former representative left it.