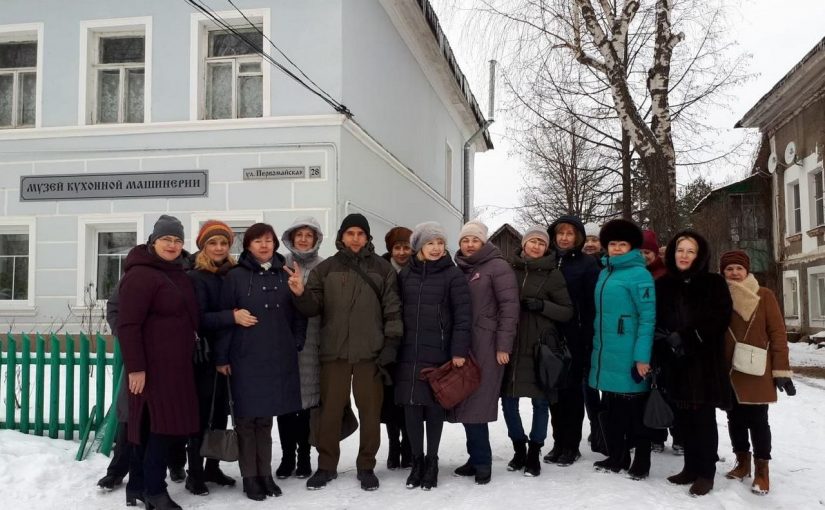 The first point of the itinerary was the open-air museum, located in the village of Vyatskoye. Ancient monuments are carefully protected there by the villagers. After a walk through the cozy nook, guests visited the Museum of “Merchant peasant of Vyatka”. In the old house which belonged to a merchant Gorokhov, there is an exhibition of authentic household items, which are amazing due to their originality. In the Museum of “Kitchen machinery” the tourists immersed themselves into the home environment of the 19th century, which is represented by more than 700 exhibits.

The next point of interest was the Governor’s house of the 19th century, which is part of the Yaroslavl Museum of Art. The tour guides showed the guests the life of the noble class, the epoch of fancy dress balls, told the tourists about the paintings of famous artists and showed them around the Governor’s residence.

The final point of the trip was a tour of the “Holy Vvedensky Tolgsky Convent” – the first convent which was officially opened after the Revolution of 1917.